STREAMPULSE
North-central Florida is completely underlain by the upper Floridian aquifer (limestone), which is partly confined by the Hawthorne Group (clay). The Santa Fe River forms in the confined region, where tannins from wetlands leach into streams turning them into "blackwaters", then flows into the unconfined karst region, where numerous first magnitude springs empty clear water into the river. The Santa Fe River watershed comprises about 3500 square kilometers, and land use is roughly 40% agriculture (fields), 33% forested (mostly pine plantations), and 20% wetland. The climate in north-central Florida is subtropical, and summers are very wet due to daily thunderstorms and the occasional tropical storm. Flow variation within and between years is critical to stream color: Storm run-off during the wet season can darken spring-fed rivers, and springs can dilute tannins in blackwater rivers especially during low flow in the dry season. We tried to capture the gradients in size and color in space and time when choosing our sites for this project. 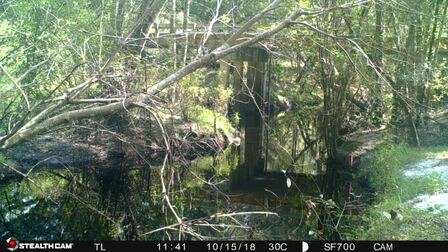 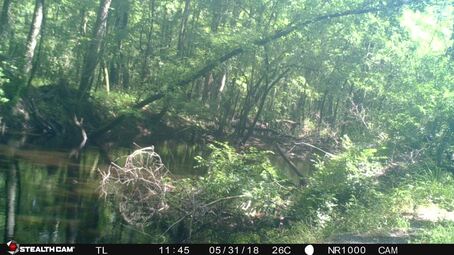 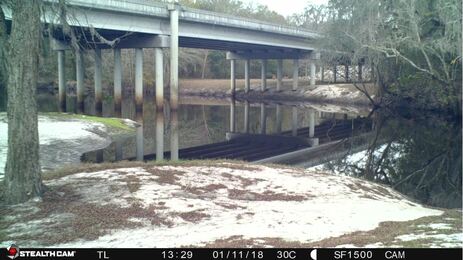 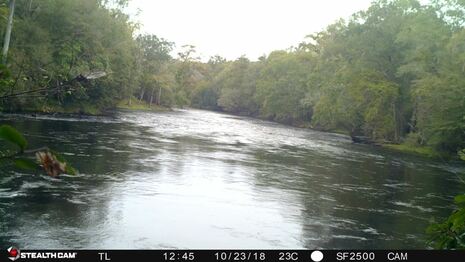 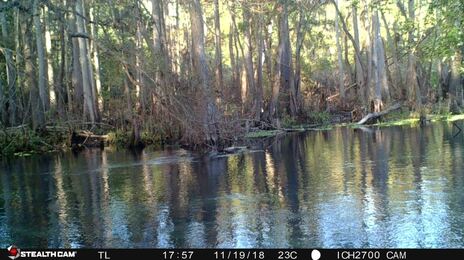 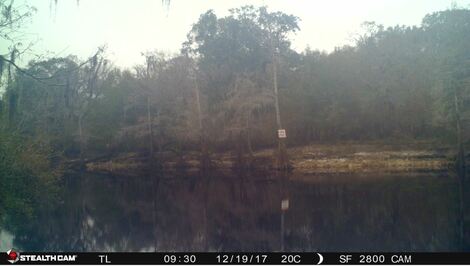 Santa Fe River 2800
Mean annual discharge = 51 cubic meters per second
​Blackwater river just above the confluence with the Suwanee River, although not as dark due to the input of the Ichetucknee River upstream (one-third of flow)
*Mean annual discharge based on the years of the project: 2016 was a rather dry year, but 2017 was a surprisingly wet year.